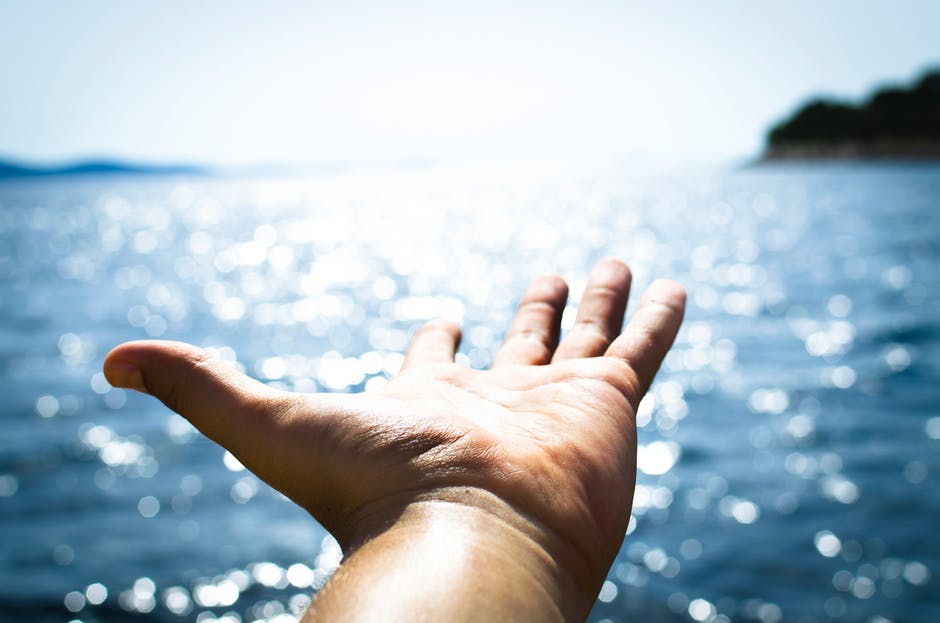 Ahmed is Palestinian, from Gaza. In his country he worked with young people and children with disabilities. Social work is that kind of job that only people with a sincere calling can do. Dedicating time and effort to improving the lives of disadvantaged people requires having a huge heart.

Ahmed’s heart carries the permanent marks of a bullet which almost killed him. He shows me several scars all over his chest and arms, but in his voice there isn’t even the slightest sign of resentment. His altruism will never be pierced by hate.

He was still in school when a group of armed men entered his classroom and started shooting at kids with an inexplicable cruelty. They surely harmed or even killed some of his classmates, he doesn’t tell me, and they kneecapped the teacher who was trying to protect them. He never found out who these people were—probably Palestinians like him. This surprises me because the media usually lead us to think that the only enemies of Palestinians are Israelis but, in fact, there are numerous armed groups within the same country which contribute to a chaotic, unsafe and unstable environment. How can a country defend itself in the international arena if people are fragmented and can’t even trust each other? Ahmed also tells me that he has many good friends in Israel and that they will come to visit him now that he’s in Geneva.

Human relations go beyond borders and wars; in some cases, what separates us can be the reason for stronger links.

In 2007, when life was particularly harsh in Gaza, the only “safe” places were schools and hospitals. Entire families were seeking some refuge in various buildings and Ahmed was running from place to place bringing essentials and comfort without a break; it was something only local people could do because the situation had become too dangerous for foreign NGOs to stay. It was a hard time for volunteers like him, however, he did not even think for a second about giving up because he strongly believed in the higher value of his commitment. Helping people is something natural for him, as well as his everyday job; it is a moral duty towards his people, a way of giving back to his community.

He misses his job. He misses the kids with their smiley faces painted with flowers and butterflies. He doesn’t know when he’ll get to see them again. However, he’s optimistic and he feels lucky for being in a safe place. Another reason why he’s happy, he says, is because he now lives in an apartment from which he can see outside; now, the sun comes in through the windows and fills his room with natural light. It sounds like a simple thing—something to be taken for granted—but it is not. Before, he was staying in an underground bunker designed to give a first shelter to the immigrants that arrive in Geneva. The same room can host tens of persons, living one next to the other without any privacy, in an indecent situation. They can live there for months, even up to a year, until they find another accommodation, or they can be transferred if their heath conditions require it. It is not hard to imagine that dormitories, where there is no circulation of fresh air, cause the occupants’ health to deteriorate and increase the probability of diseases to spread. There could be found plenty of arguments against the use of bomb shelters as accommodations for asylum seekers, however others might claim that at least they provide some shelter as an alternative to sleeping in the streets. Although there have been numerous complaints by immigrants about the current facilities, and the canton has proposed the construction of designated structures, local people have opposed it.

How can we then find a compromise that would satisfy everyone’s needs? Are bunkers acceptable as temporary solutions? Or should the canton be responsible for providing proper accommodations despite the local opposition? Are there any other unexplored options? Could voluntary single actions be one? It has already been successful in some cases that individuals with spare rooms have welcomed refugees? And finally, should local authorities follow the example of altruistic individuals like Ahmed by relying on more grass roots efforts to help refugees?

I look forward to reading your responses.