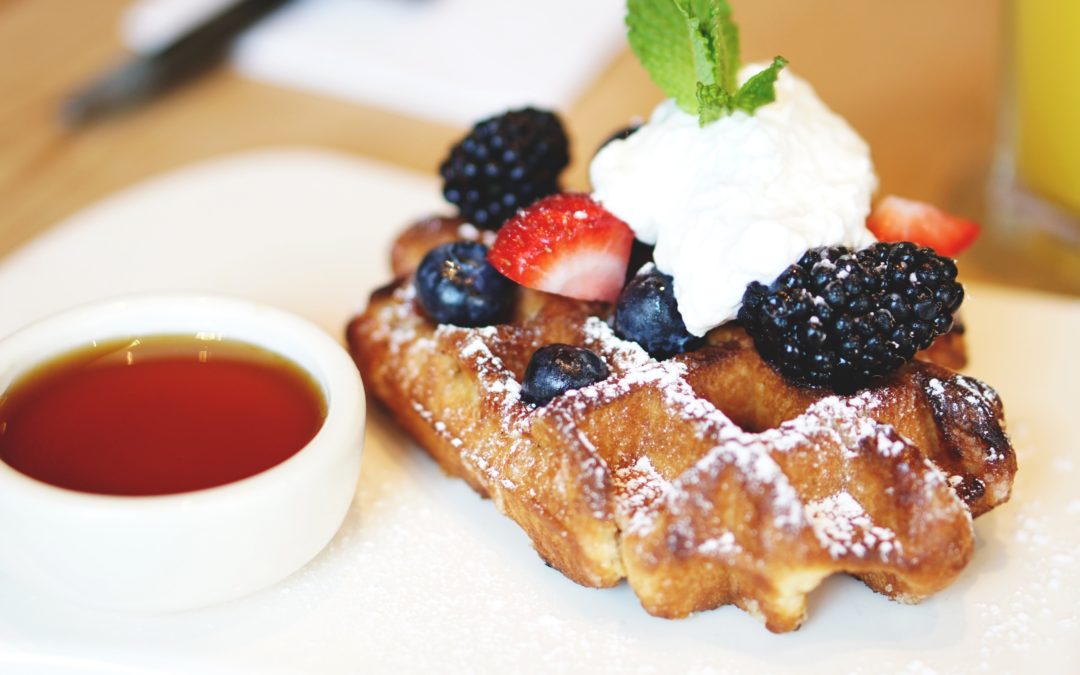 How to Make Waffles with Sour Cream and Berries

Why not try a new recipe while in quarantine? This video shows a step by step guide to preparing the yummiest waffles with sour cream and berries, which are also gluten free and will make a good addition to your breakfast menu. 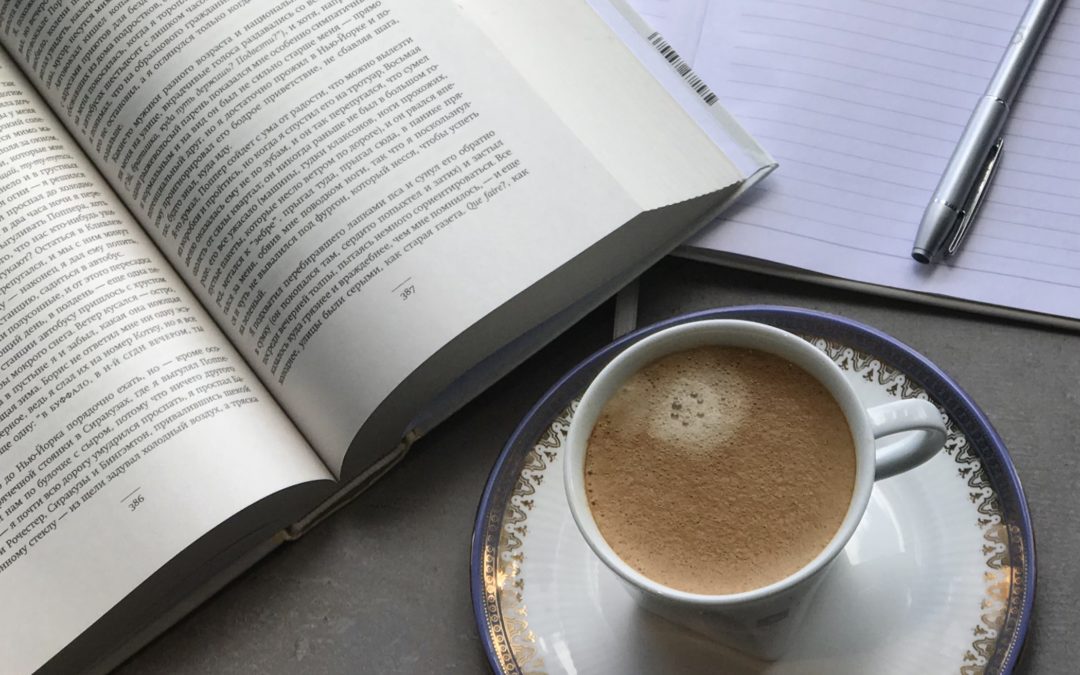 Our lifestyles have changed dramatically in a matter of several months due to the spread of COVID-19. A majority of the politicians and public figures around the world have urged people to stay home, which was supported by shops, restaurants, bars, museums, movie theaters and other places by closing. Suddenly, we’re forced to change our habits and find ourselves in a situation we’ve never been in before. What will we tell our grandkids about these times? I’ve made some observations, from my self-isolation experience in Russia, that some of you might find relatable

After you self-isolate, soon each day will feel the same – not only due to the lack of changes in decorations, but also how your life is linked to your computer. You attend online classes, visit museums and expositions around the world, work out with the help of your trainer’s live broadcast, order goods online, talk with your friends using Zoom or FaceTime. Quarantine has proved you can do pretty much everything online, but it’s only after COVID-19 it became clear to me how much I miss the outside world. 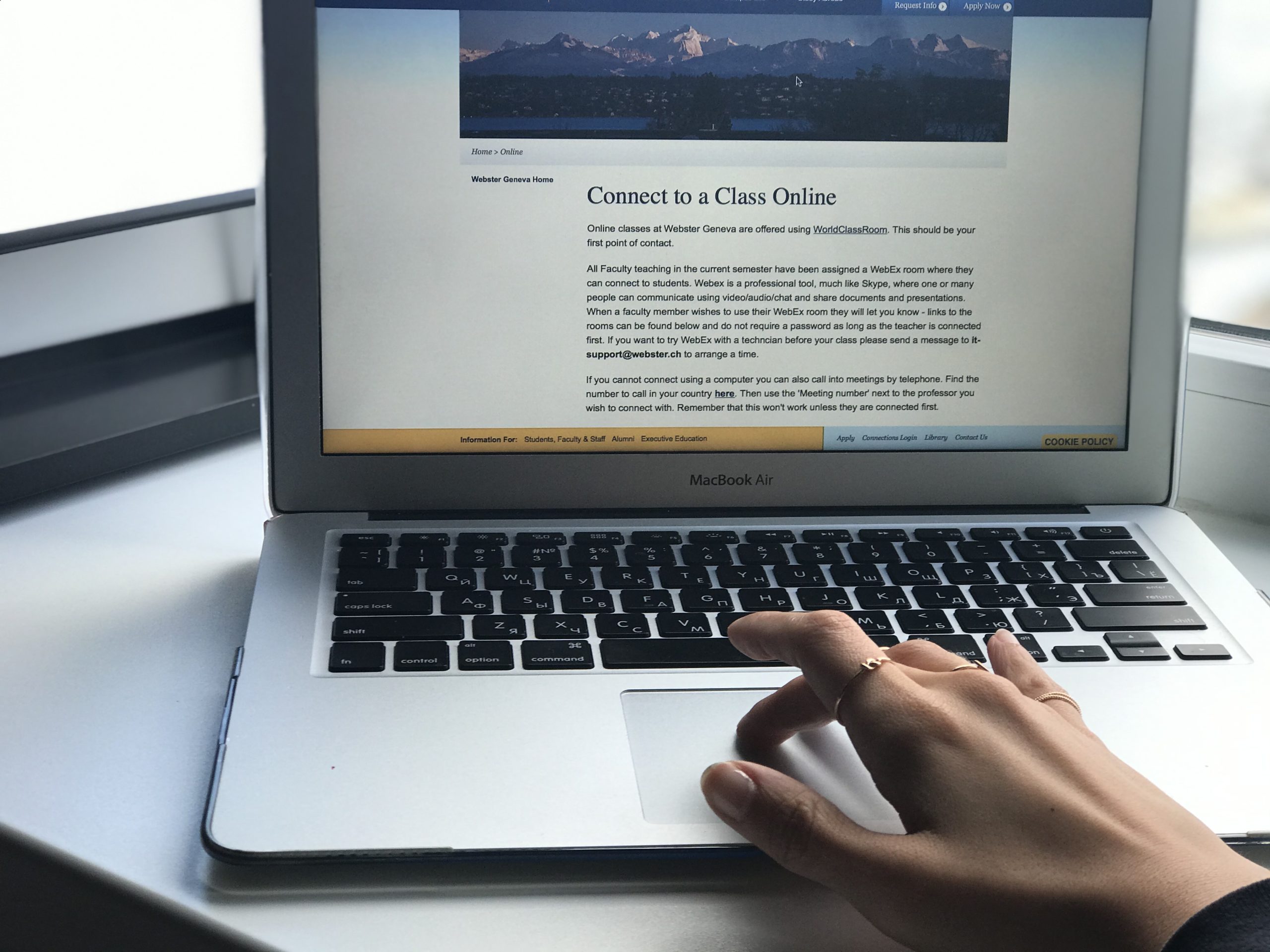 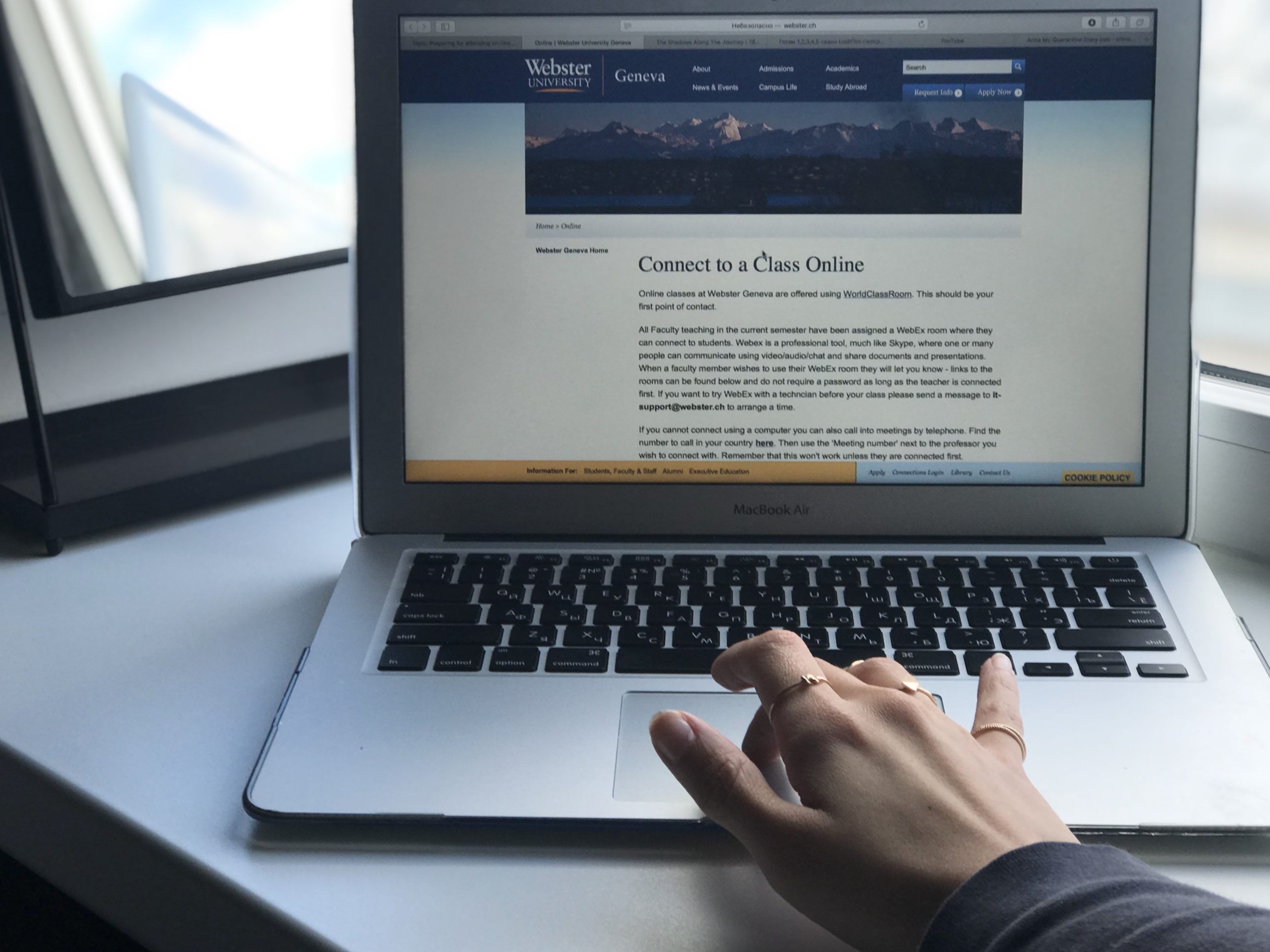 “Suddenly, we’re forced to change our habits and find ourselves in a situation we’ve never been in before”

The most recommended tip to keep your spirits up during the confinement is to dress up as if it were a regular day and you’re going out. I was skeptical at first imagining how ridiculous I would look washing dishes in my brand-new shirt. However, a few weeks into quarantine and I’ve realized how putting on lipstick and taking out the trash can become a highlight of the day.

I was so happy with my 50 meters squared apartment until I spent a month stuck inside it, pacing from the bedroom to the living room 100 times a day. I felt the walls closing in leaving less space to move and hoped they wouldn’t collapse on me before the quarantine ends.

I caught myself thinking about it when I tried to exercise at home instead of my usual three-times-a-week session at the gym. Following the moves of a trainer on a disrupted video of Instagram live stream I’ve tried my best not to hit the sofa with my leg, the TV with my arm and my dog who was wondering what on earth I was doing. 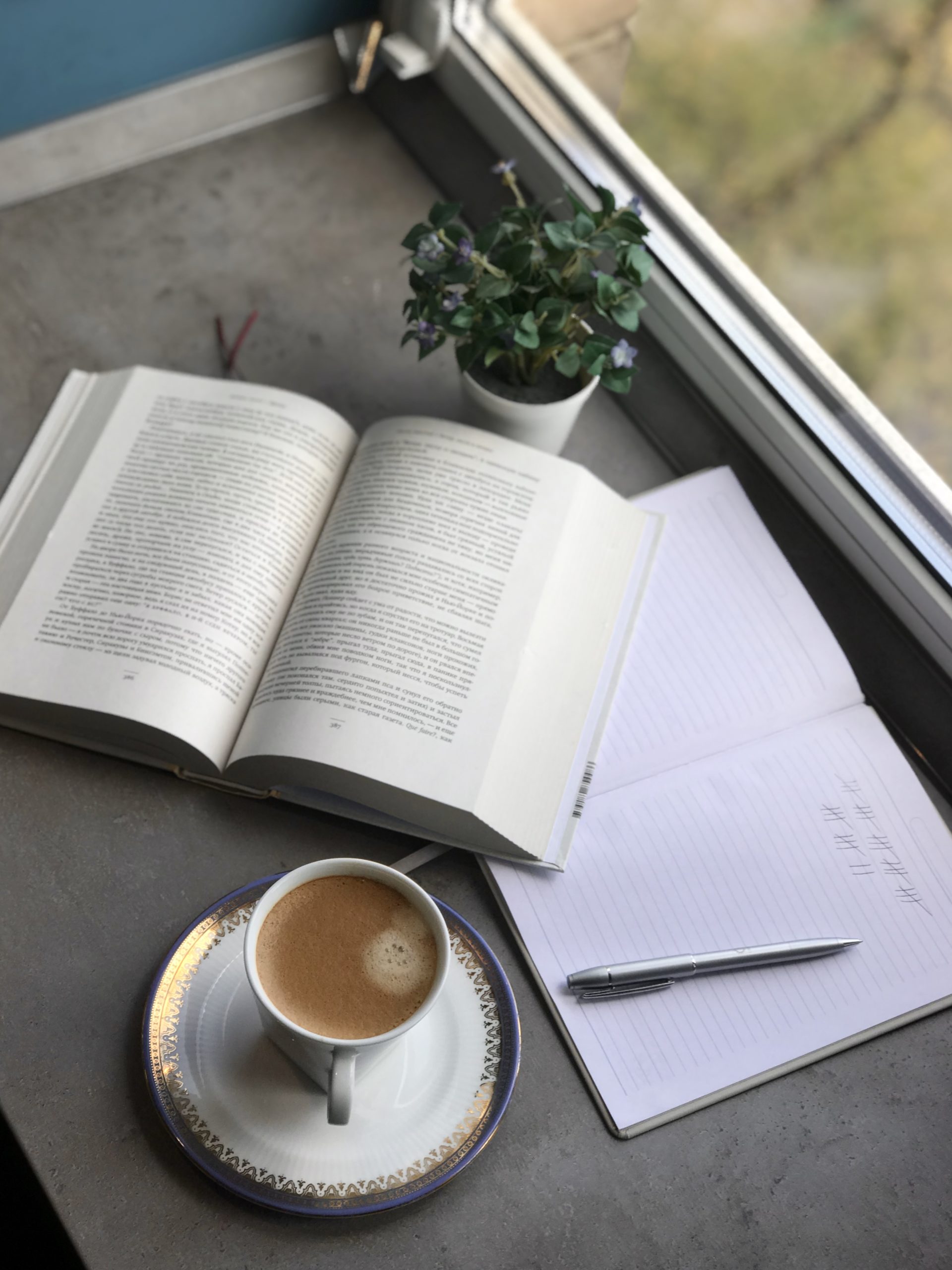 Because of self-isolation I felt extremely jealous of people with big houses in the countryside, which have yards filled with green grass and trees blossoming in the spring sun. I was jealous for something as little as a balcony, where you could put a table out and enjoy a coffee in the morning.

Several people I know have admitted that the lack of other memorable activities during the day is causing them to open the door of the fridge way more often. The fact that many are trying to learn how to cook during the confinement has probably also contributed to people running out of food faster.

However, when you go to the grocery store every once in a while, it turns out some goods are hard to find. After it was announced, that things with COVID-19 got out of control, a lot of people started to panic and buy goods in huge quantities as if the apocalypse is coming. Toilet paper became especially popular with frightened buyers around the world, while in Russia another surprising item has joined it in this category – buckwheat. The reason why these brown grains have gained sudden recognition is still a mystery to me.

While in self-isolation I try to maintain a connection with my friends and family through messages and video calls, but it still doesn’t replace their physical presence. It’s weird realizing how long ago it was when I arrived in Moscow, and still haven’t visited my loved ones. Usually, there is the distance between Russia and Switzerland, that separates us, but now we still can’t see each other, even if we’re in the same town.

What really brings me joy during self-isolation are those rare moments of going outside to the grocery store or pharmacy. How nice it is to finally be on the move and filling your lungs with fresh air. Although the town surrounding me is the exact opposite, very depressing. Once full of loud voices, the streets are now empty and silent, with posters on the walls calling for people to stay home, the rare pedestrians wearing medical masks, moving aside when you approach them. The atmosphere reminds me of an apocalyptic movie and it’s weird to think that it’s all really happening.

It might be hard to live in self-isolation for a long time and adapt to the challenges these times bring us, but there are many people out there suffering and medical professionals burning out trying to help them. At least, we’re lucky to have them, and able to help with doing as little as staying at home. 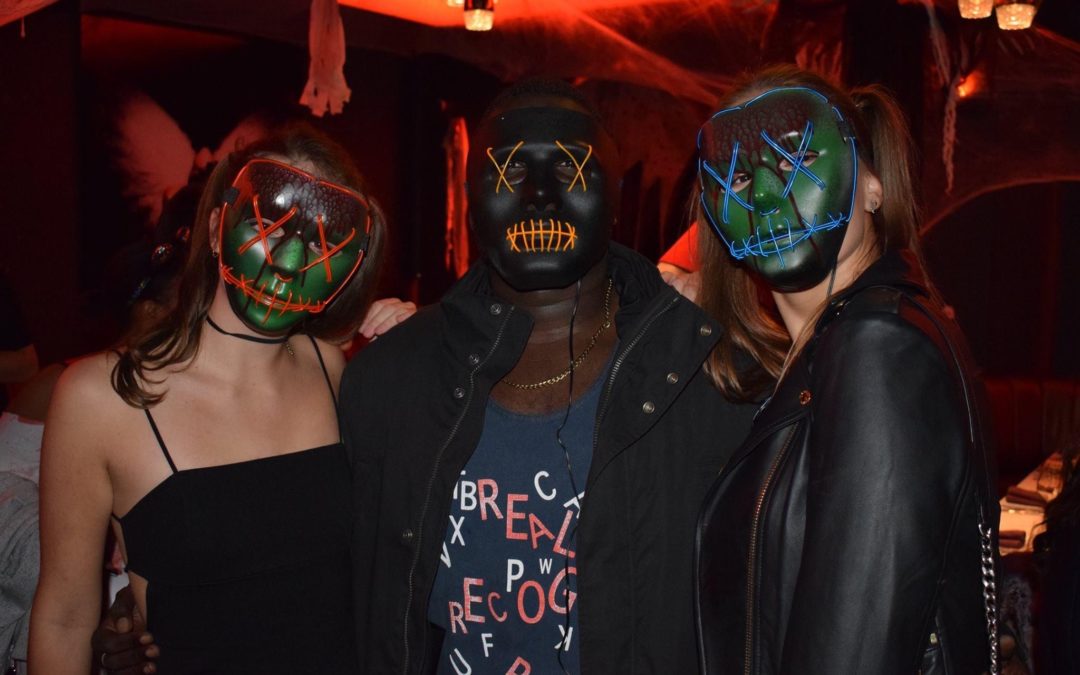 You’re invited to our spooky All Saints’ Eve celebration!

Spooky decorations, such as cobwebs mysteriously illuminated with a red glow, carved pumpkins, and skeletons covered in dust are all spread around the space by students, creating the right atmosphere for the celebration as the sun goes down.

The costumes are the most spectacular part of the Halloween party because you can see all the effort put into preparing them. Every year there is a contest to see who wore the best costume. However, if you don’t aim to participate in the contest, just come to have fun with your friends. Even the slightest touch, such as a drop of blood in the courner of your mouth is appreciated.

When buying your tickets at the entrance there is a limit of two free drinks. After this limit you can buy more.

A stocked bar, DJ’s blasting music, and an atmosphere of fun! Trick or treat! 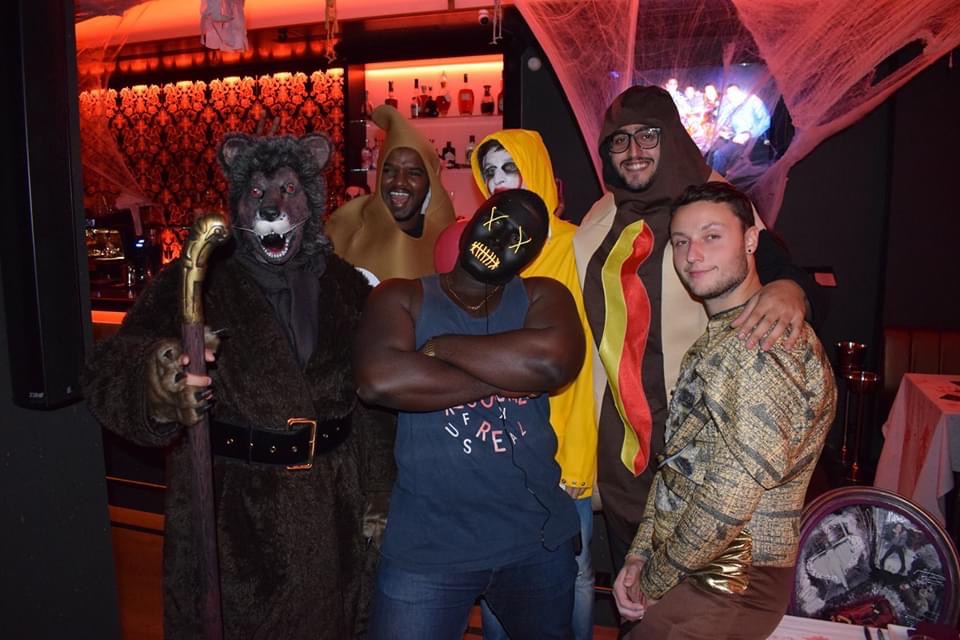 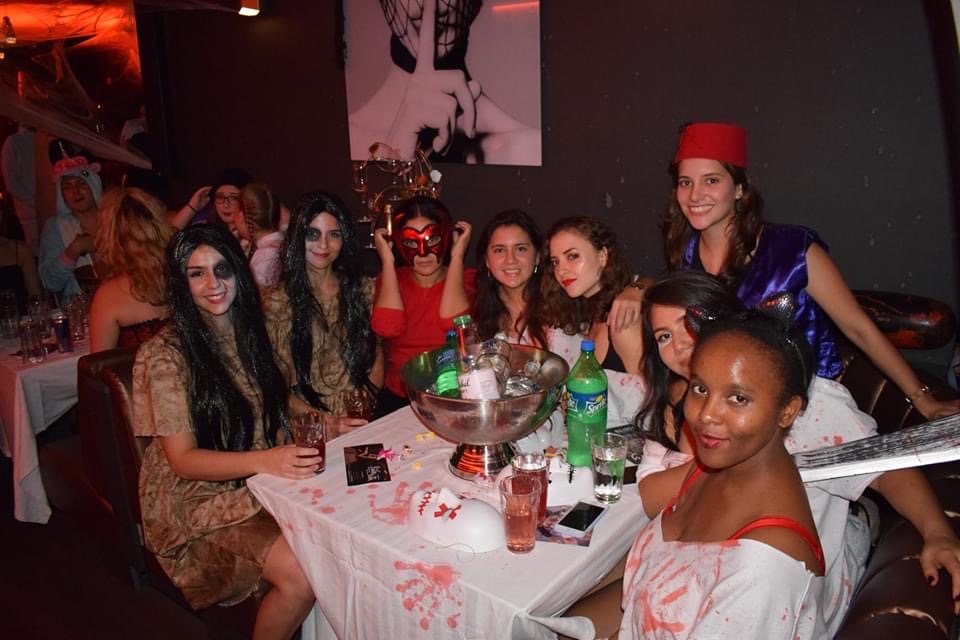 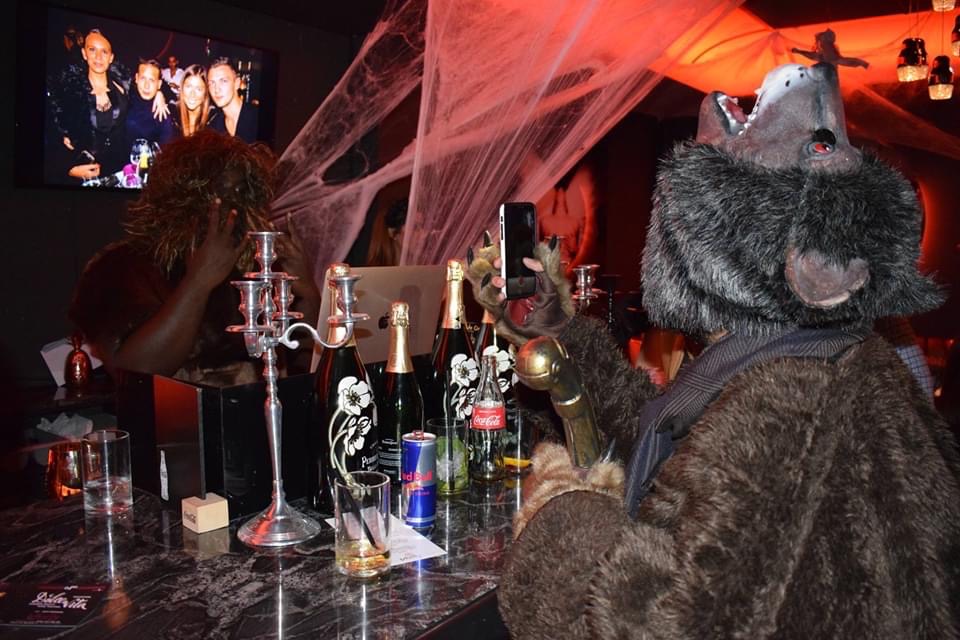 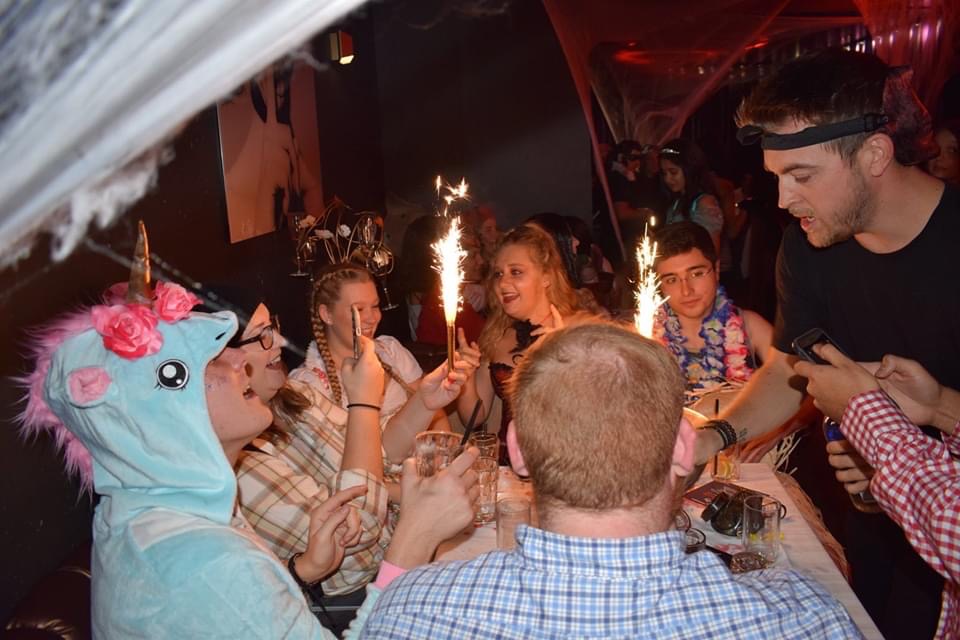 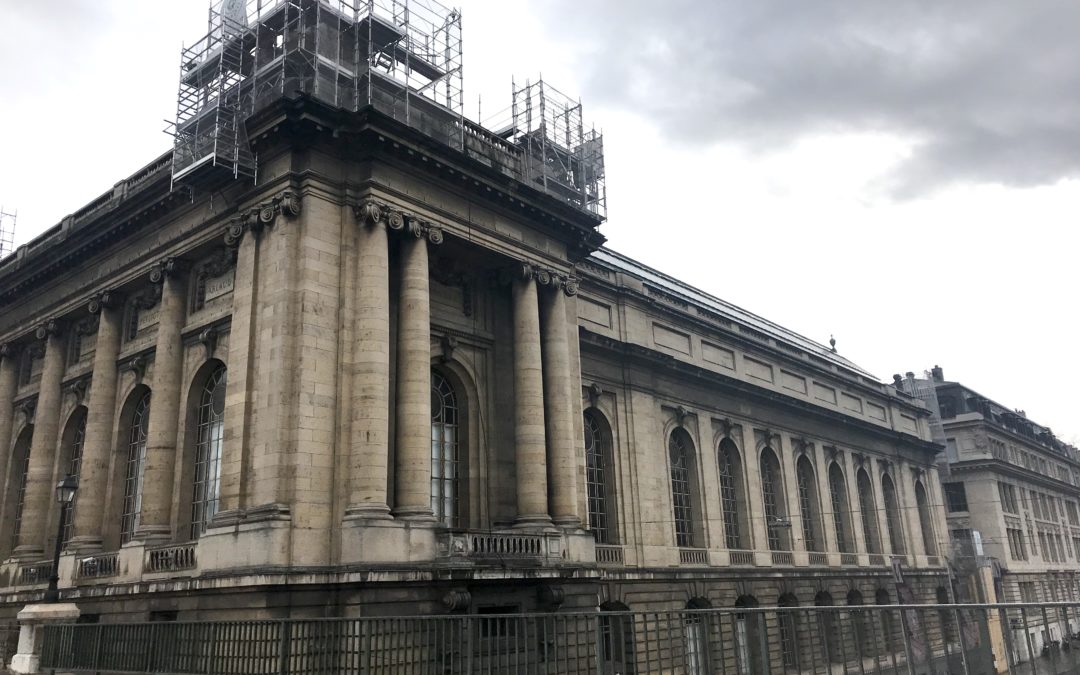 Geneva might not seem to be entertaining at first. The Swiss town is largely losing to Paris or London, when it comes to expositions, shopping malls or just a city landscape, enriched with outstanding architecture. However, if you’re seeking some aesthetic pleasure and knowledge, here are five undervalued museums located around town, that may leave you surprised.

If you’ve decided to explore museums of Geneva, this is a great museum to start with. It’s one of the biggest museums in Switzerland, containing around 650’000 objects of art and archeological findings. It has some permanent expositions, but offers new temporary expositions every year. One of the recent expositions included works of famous artists such as Picasso 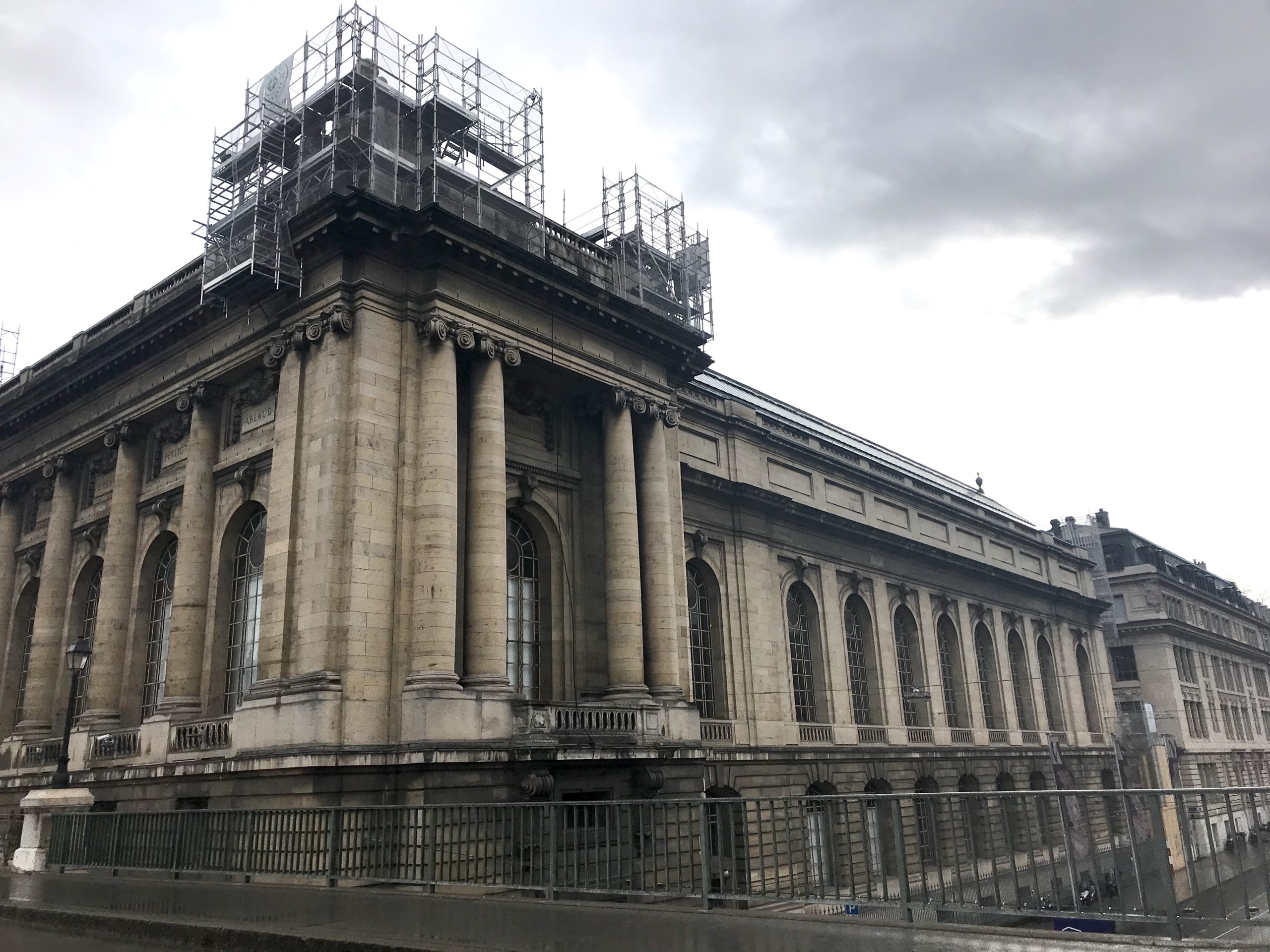 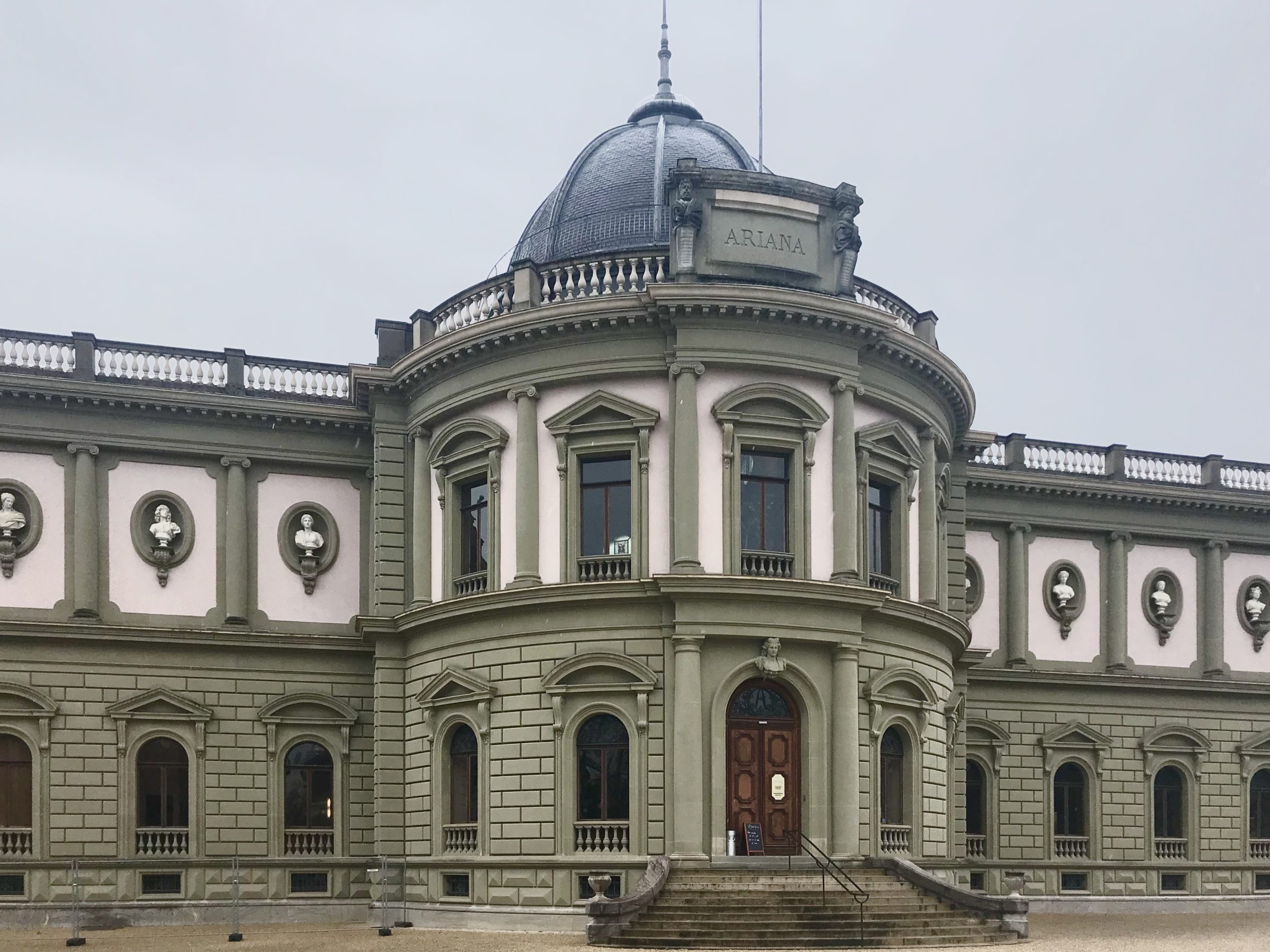 It’s easy to spot the romantic façade of the Musée Ariana alongside the Palace of the United Nations and the Standing Commission of the Red Cross precise geometric buildings. The museum offers an outstanding collection of glass and ceramics and introduces you to its history within Europe and Asia.

Museum of the Red Cross and Red Crescent

This museum will surely be of interest to those who came to Geneva to work in human rights and humanitarian fields, as well as to those curious to learn more about what it is these legendary organizations do. Its expositions can tell visitors the history of humanitarian work overtime and also provide updates on current operations worldwide. 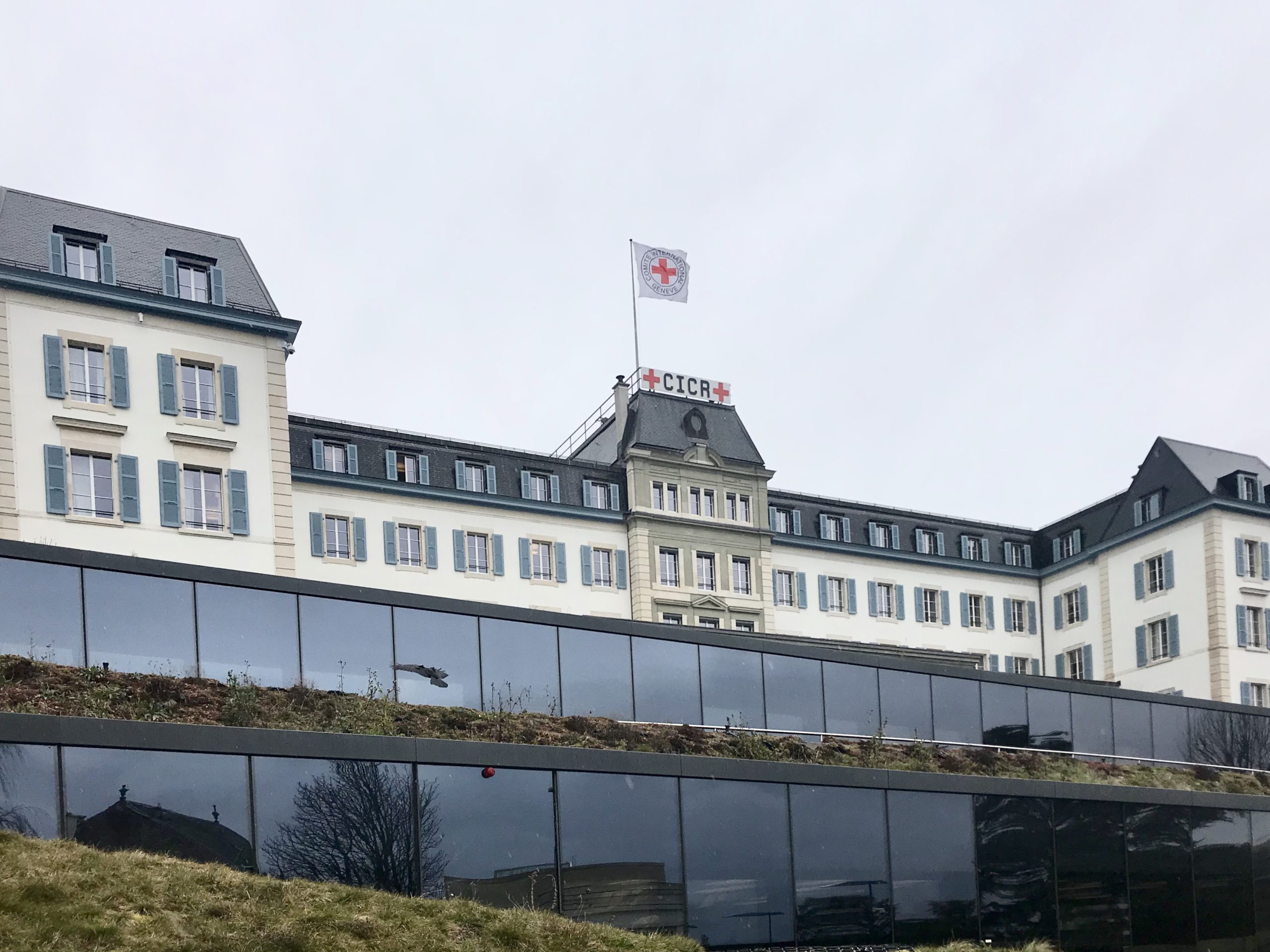 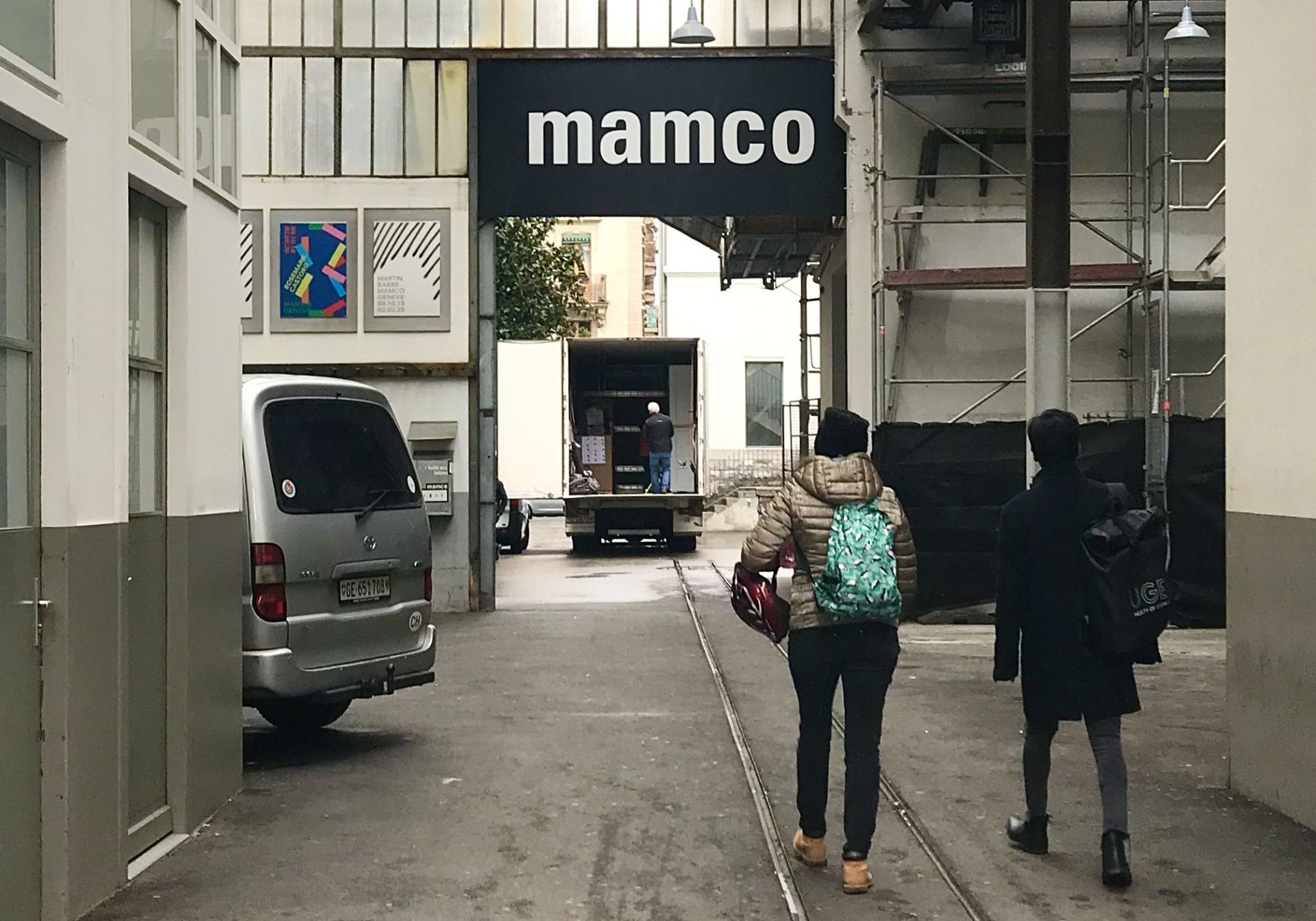 MAMCO is the largest modern art museum in Switzerland, and is globally regarded as a reference to what’s going on in the art world. It’s a dream destination of every art school student. Its unique collections will give you lots of emotions and food for thought. If you are into contemporary art, this is surely a place to go.

Except for being an amazing marketing move, Patek Philippe museum tells a story of an old luxury brand and history of an iconic swiss item: watches. The museum owns an extraordinary collection of watches of all kinds, including ancient ones, made from 1500th century up to 1800th century. 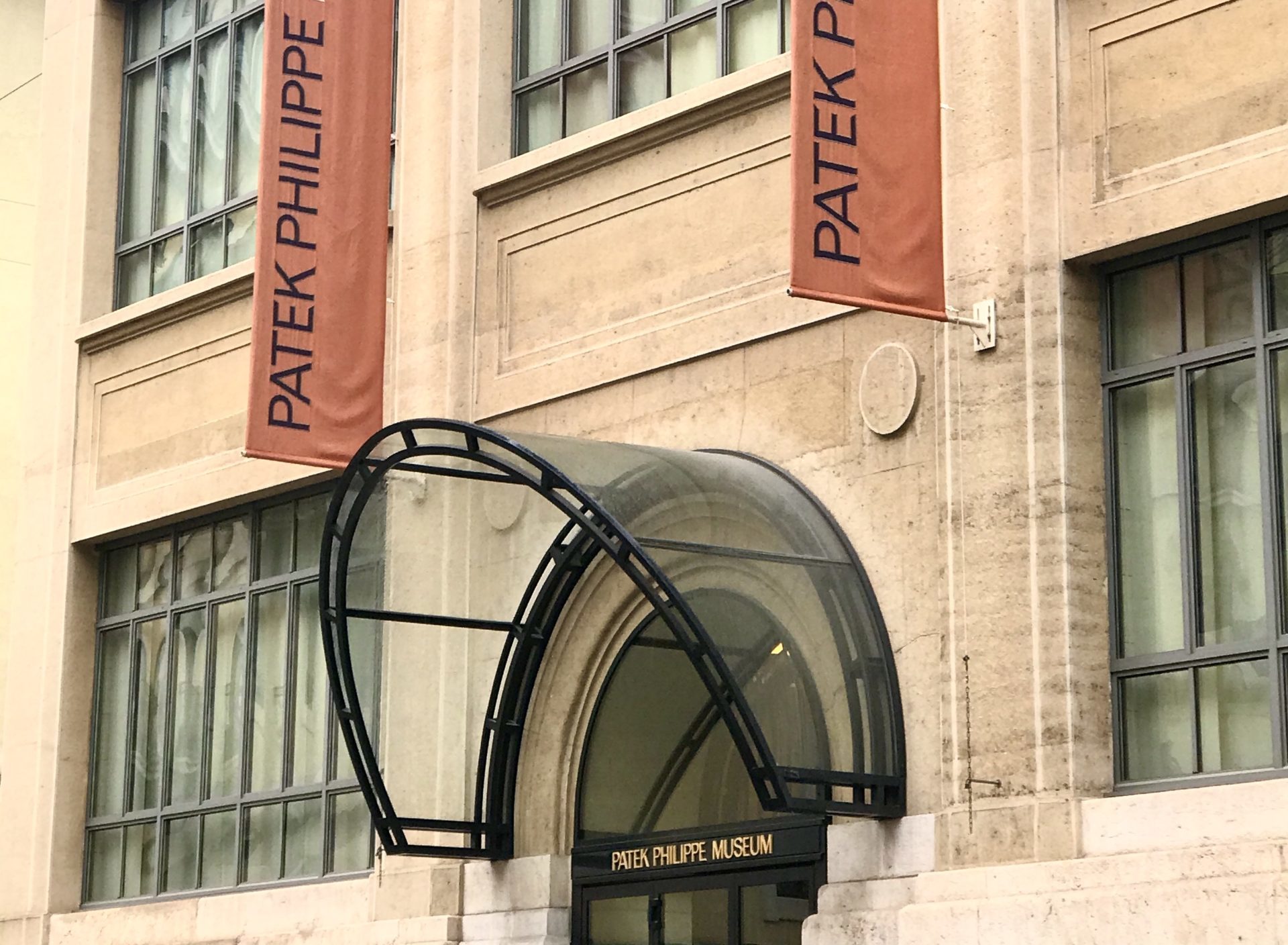 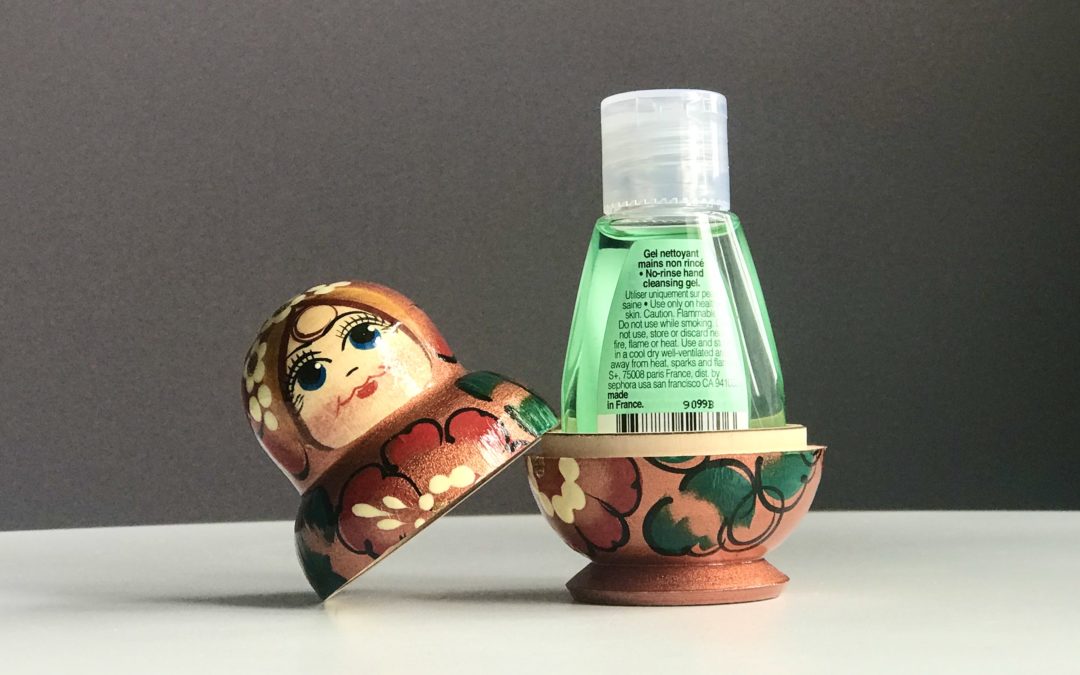 From Russia with Love

COVID-19 has unexpectedly taken the world by storm. It managed to get into Russia with 90 cases reported while this article was written. Being in Russia in self-isolation, I decided to do a survey to understand how local people perceive the threat of the coronavirus. I wanted to know how they feel about the prevention measures implemented by the government and what their personal protection tips are. In this difficult time, we can fight this pandemic by exchanging opinions and ideas, whether it’s between individuals or countries.

After the number of people infected started to increase the Russian government declared that it will close the borders to foreigners. They have also made schools and universities run their classes online, and allow most people to work from home. It encouraged everyone to stay at home as much as possible to avoid the spread of the virus. However, unlike Western European countries, Russia did not close its shops and restaurants, but forbid gatherings of more than 50 people instead.

I have asked six people living in Russia several questions and now share the results of my survey.

Is coronavirus a danger for Russia?

Do you think prevention measures undertaken by Russian officials are effective?

Following these diagrams, we can see that Russians understand the seriousness of the anger brought by the coronavirus and don’t think the measures taken by government are enough to stop the spread.

My interviewees also told me about the measures, taken in other countries that they think would improve the coronavirus situation in Russia. These measures include forbidding gatherings of big groups of people in one place, and closing down shops and restaurants as in Switzerland. One person appreciated China’s strict quarantine and the distribution of masks to everyone. Another person thought the measures of Spain and France encouraging self-isolation was necessary.

I have also asked Russian people about the personal protective measures they have undertaken to stop the spread of COVID-19.

Did you reduce your visits to public places?

What other widely recommended protective measures have you undertaken?

Their personal tips to not catch the virus, not mentioned above are; no longer visiting elderly relatives for a while (as the virus is known to be deadly for the elderly), always keeping one-meter distance from other people, and using vitamins and supplements to strengthen the immune system.

It became clear to me, the Russian people believe that legal and individual measures should be undertaken to prevent the coronavirus from spreading. We don’t know if the situation of the pandemic is going to worsen or if the Russian government will change its prevention measures eventually. It’s certainly reassuring that people are taking this seriously, so let’s learn from each other, because the way to beat the coronavirus is through working together by following these measures.

Since writing of this article, Russian officials have established strict quarantine measures; forbidding people from leaving their apartments without a legitimate reason to prevent the spread of COVID-19. Taking this into account, some information in this article is outdated. Its aim is to show people’s attitude towards the virus in the beginning of its spread in Russia.