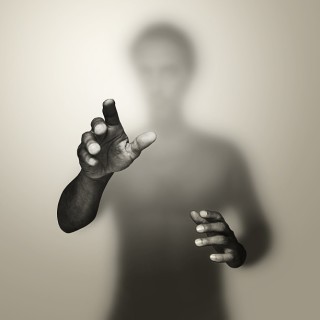 The first person I will write about is a young man from Eritrea. He’s sitting in front of me with a huge smile on his face, his eyes deep and sincere. He arrived in Geneva two years ago but he’s still waiting for his residence permit. His sister arrived after him and ended up in Zurich, however they cannot live together. The allocation of asylum seekers among the different cantons is decided by the authorities and family reunification in Switzerland is a privilege granted to spouses, registered partners and minors only. The train is much too expensive given the 500 francs or less they receive per month, so they don’t see each other as often as they would like… the irony is that they were together in the dangers of war, to be separated in peace. It is a matter of norms, I understand, but I also acknowledge that they need each other because they have no one else. Fraternal ties are a huge source of psychological support, especially when one arrives alone in a new country and everything and everyone seems hostile. I feel it is unjust to deprive this people of the only connection to their identity, to their roots and their home.

They escaped war, a war that has been going on for too long and nobody understands why (I guess it’s always hard to find valid reasons to justify those atrocities). Or better, they know that the reason is merely political. Independence came after thirty years of civil war with Ethiopia but that was not it; president Isaias Afwerki soon after began a war with several of the neighbouring countries. Sudan, Yemen, Djibouti, Ethiopia, Somalia…Eritreans still haven’t experienced peace. Why? The country has been led by an authoritarian, repressive government since its independence in 1993; in the shadow from media coverage, president Afwerki is responsible for severe violations of human rights and fundamental freedoms. The authority of his regime is grounded on the industry of war. In other words, it is a diabolic mechanism for which the government is interested in keeping a status of warfare in order to subjugate its people and avoid social unrest. War keeps them busy, unable to rebel to the ruler. The state exercises direct control over the population by forcing them to serve in the military. 2 years of service are compulsory for both men and women from the age of 18, although very few can get out of the military once this period expires. Most of them are kept in the army for much longer; the state “employs” them, as if it were a normal job…except they have no say in it. It is so hard to create a family and plan for the future because people don’t know how long they will be kept in the army.

Now let’s go back to the young man sitting in front of me for a moment. He served in the army for 8 long years, including tough military trainings and operations. In 2015he finally was successful in fleeing. 5’000 to 6’000 people risk their lives every month trying to escape. To leave Eritrea is not an easy thing; the state does not allow it, applying a cruel “shoot on sight” policy, and it is extremely costly. Freedom has a high price because at every border corrupt officials and human traffickers demand a fee for the right to pass. The “minimum” amount needed to reach Europe is 6’000 euro. To reach even closer countries like Angola or Israel you need around 10’000, while for Canada, Australia and South Africa the cost is doubled. He tells me that for those countries it’s a totally different story; alternatives to stay there are either showing that you can live independently with your own money or that you have an internationally recognised degree that can be used for employment. This basically means that farmers, carpenters and bricklayers are automatically excluded, even if a family member is waiting for them. They will never have the economic means to pay for their living and they don’t have a higher education degree. Most of the asylum seekers from Eritrea aim to stay in Europe…but closer doesn’t mean easier.

There’s the issue of the travel itself…after paying 2’000 at every border my young interviewee finally reached the coasts of Libya. He got on a boat that had a maximum capacity of 100 into which 250 were packed. Men, women and children, like animals to the slaughter. At some point the boat started to fill up with water when they were still in the national waters of Libya. They called for rescue but they couldn’t be helped because of international regulations. Here comes the tragicomedy; until a boat doesn’t reach international waters, rescue teams from NGOs or other countries are not allowed to intervene, only national rescuers can do something. However, the country we’re talking about is Libya; a place with no stable government, no coordination of resources whatsoever, certainly no rescue teams, and a high presence of terrorism. How do we expect such a country to send help? So they started to use 20L buckets in a desperate attempt to throw out water and prevent the boat from sinking. Everyone was panicking. If they had sunk they would have died alone, in the middle of the sea, nameless. The incredible effort lasted 6 hours; 360 minutes of drama which could have turned into tragedy. Luckily they managed to reach international waters where rescuers were ready to help them and safely take them to Italy soon after. They were lucky but that’s not always the case…so many lives have been lost in the last years. How many more men, women and children will have to lose their lives before we take concrete action? How much time will have to pass until governments realize it is not a temporary crisis that we are confronted with and that we need durable policies? Is it possible that in the 21st century people have to face such dangerous trips on unsafe boats to arrive to Europe? Aren’t there any other alternatives? And how can we claim integration when this young man has been kept two years in a limbo, unable to either study or work or even see his sister? Is this respecting human dignity? How can we accommodate the state’s priority for security, international laws and the refugee’s human rights?

I’d love to have your opinions and views!