The Great Block of Procrastination (and How to Break Through It) 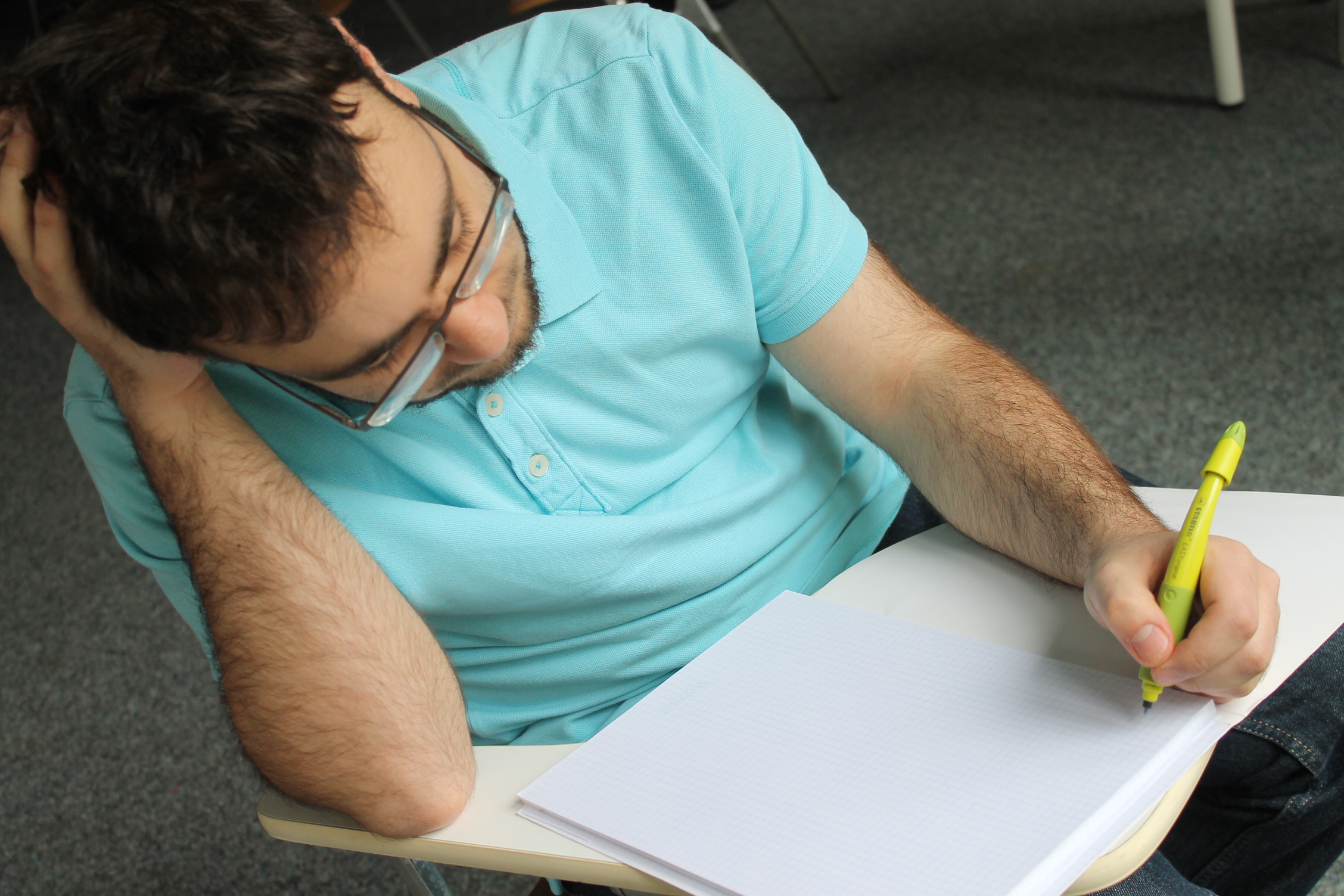 Procrastination is something that has plagued an unfathomable number of people across the globe in all walks of life. Be they passionate content creators or regular university students.

But what is procrastination?

At its most basic definition, it’s putting off doing something because you don’t want to do it. Sometimes, it’s a brief episode that springs up after a particularly rough day. Other times, it’s a persistent daily affliction. Maybe even to the point where the person will shrug and say, “It’s just how I work.” Estelle Besnainou, a psychology student at Webster Geneva, describes it as “the willingness of not doing something—now or ever.”

But what do you call it when it seems to go beyond even that?
You know you have to do something.
You know how to do it.
You want to do it.
But you still don’t.
At first, it can seem baffling to not tick any of the “boxes,” yet still suffer. Cripplingly, it becomes a pandemic of procrastination.

Discussions with several professionals in the field of psychology—including psychiatrist Dr. Basile Vareltzis—has provided a greater understanding into the situation. Despite seeming like procrastinators are just being inexplicably and excruciatingly lazy, there can, in fact, be a deeper cause behind their behavior.

Now, Dr. Vareltzis is quick to point out that nothing is ever quite so cut-and-dry, and that there is seldom a “definite” measure of a given problem. Each individual can, and usually will, exhibit some variation—some nuance—that distinguishes their case from the next. Owing to the fact that, just as individuals are unique, so might their particular exhibition of a given issue be.

But, over the course of numerous studies and observations made by many researchers in psychology, Dr. Vareltzis explains that victims of procrastination can be broadly sorted along three main categories: 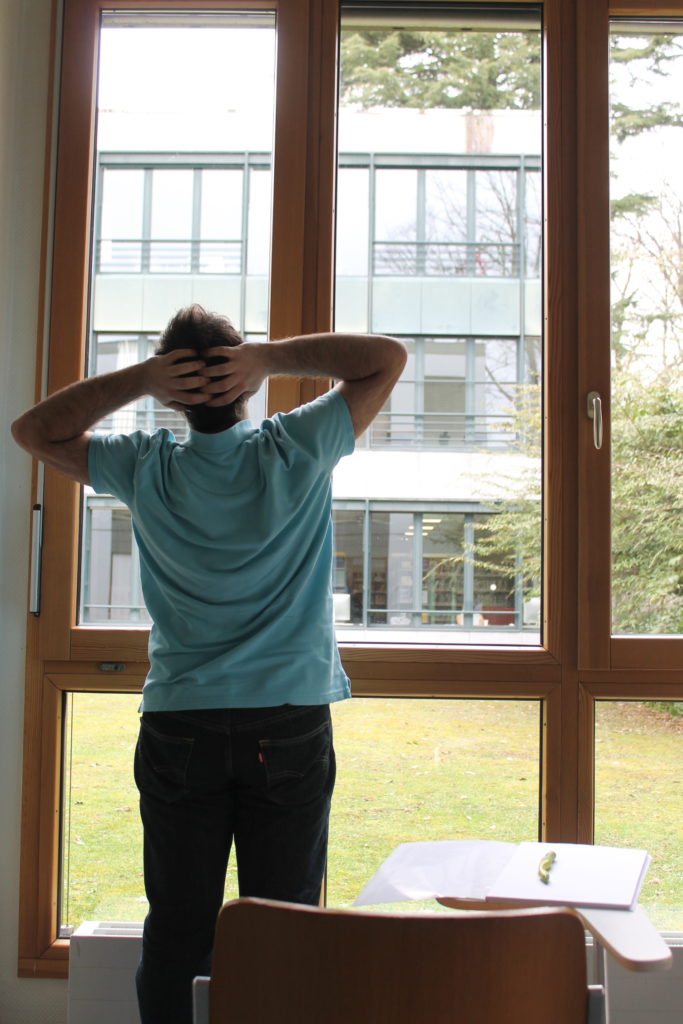 1.Pleasure-seeking/Hedonists
They tend to be what one typically pictures when thinking of “procrastinators.” They won’t put much effort or enthusiasm into doing something, unless they can derive some personal pleasure or satisfaction from it. The less pleasurable something is for them, the less value it will have.

Generally, attempting to impress upon them the importance of the bigger picture—to explain to them that they need to think about their long-term future—will yield poor or no results. For pleasure-seekers, what and how they feel now is what matters the most. Any positive feedback they can feel in the present is infinitely more motivating than any nebulous, far-off promise of it in the future—one they might receive if they just deny themselves their present gratification and focus on the unappealing tasks asked of them.

Thus, a potential solution is to break the road ahead of them up into sections, and then mark each with a goalpost. As Dr. Vareltzis says, “Give them a carrot instead of the stick.” Say that, once they finish reading and studying one chapter of a dry textbook (as opposed to trying to read the whole thing in one go), they can go out for an hour and play soccer with their friends. That way, they won’t stay cooped up for hours on end whilst daydreaming about a break, never getting to the end because they just can’t get started on the monolith of work in front of them.

2. Perfectionists
This type of procrastination is much more subtle. People who procrastinate as a result of being perfectionists do so because they’re so afraid of not doing something completely right in their first try that they ultimately end up doing absolutely none of it.
As can be understood, the fact of the matter is: they know, or at least understand, how to do what is asked of them. Often, they even know how to do it too well—to the point where they obsess more over the execution of which particular ‘how’ more than anything else. And they most certainly want to do it. Otherwise they wouldn’t even care enough to obsess about it in the first place.

But they’re so terrified of not getting it just right that they go over the mountains of notes and the piles of plans drawn up as quickly as they are discarded. All that effort done so it can finally measure up to what they think is the minimum standard, beneath which anything else isn’t even worth consideration. Dr. Roslyn Thomas, Head of the Psychology Department at Webster University Geneva, affirms that the most overpowering for them is “the fear of failure, of not being good enough.” In their minds, “you can’t fail what you don’t even try [doing].”

Perfectionists feel fear at not being able to measure up to what others expect of them. Or rather, what they think others expect of them. They feel anxiety at being unable to perform at the level they think everyone else is—despite that their colleagues are, in all likelihood, putting in less than half the effort they are, yet still getting by just fine.
What perfectionists need is something to help them set realistic expectations for themselves. Give them examples of what is actually expected of them—an idea of what to strive for. Calm their fears that a single mistake has, or will, spell their doom. And give them specific instructions—both so they can very clearly picture the beginning, middle and end of their work, as well as to keep them from going overboard with ideas far beyond what they actually need to do.

3. Psychologically Impaired
While procrastination can have its roots in many causes, most of them are either bad habits, quirks or states of mind that can be redressed with the assimilation of better habits, the adoption of coping strategies and/or therapy. When one suffers procrastination as a result of a genuine psychological impairment, that is when one could almost describe it as a sort of “Super Procrastination.”

Procrastination is a classic symptom of many psychological conditions—particularly ADD and ADHD. Patients are distracted, poorly motivated, focused on the moment, suffer a deficiency in future planning, and their basic work routine can be summed up as: “start, distraction, interruption” repeated ad infinitum.
One part of it (and with ADD/ADHD in general) is that patients suffer from a dysfunctional prefrontal cortex—the part of the brain responsible for planning complex cognitive behavior and decision-making, among other things. That there is a genuine physiological component, instead of merely psychological ones, is a big reason why this form of procrastination is both the most serious and difficult to handle. In this scenario, the prescription of some kind of medicine to help treat the condition is often recommended—like Ritalin or Conserta.

Data from recent studies suggest roughly five percent or one in every 20 people have some form of ADD. That person sitting next to you in class? He or she might not be exhibiting every symptom under the sun, but maybe the reason they have trouble in a certain class isn’t just because they’re lazy…

All of these different categorizations share a fair number of characteristics. And none of them are even mutually exclusive. A pleasure-seeking perfectionist suffering from ADD? Possible—and every bit as nightmarish as it sounds. So one thing to try and keep in mind when dealing with a procrastinator is to avoid being judgemental. They are not just being lazy, and they do not simply do it by choice.

Laziness is a personality trait. Procrastination is a compulsion rooted in maladaptive behaviors—none of which are beneficial, enjoyable or even constructive for the one suffering them—corroding their ability to properly move forward and build their future. Thus, many of them stay stuck in the past. To them, and to all the afflicted, Dr. Thomas offers these last words of encouragement: “To give up the hope of a better past is a potent weapon for a hopeful future.”